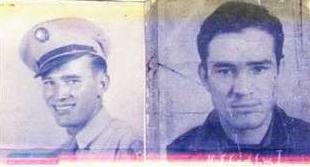 "Shortly after graduating from high school in Matthews, Missouri, 1941, at the age of 17, I enrolled in Draughn's Business College in Memphis, Tennessee, and worked part time at cafes and shoe stores.
Later I got a job at E. I. DUPONT Powder Plant in Millington, Tennessee.
While working there, Pearl Harbor was bombed. Not long after that I was drafted, and was sworn in at Jefferson Barracks in St. Louis, Missouri. Very quickly, I found myself on a troop train heading south. A person in charge came through as we traveled a ways and informed us that we were in the Air Force. We arrived at our destination at
St. Petersburg, Florida, to start basic training
then, went to Gulfport, Mississippi, for air-plane mechanic training.
Las Vegas, Nevada, for gunnery schooling.
Fresno, CA, and then on to Muroc Air Force Base for overseas training and assigned to a crew of 10 men of Campbell.

We were sent to San Francisco to be assigned to an airplane , which we expected to be sent to the South Pacific. On waiting 30 days our orders were changed. We boarded a troop train and traveled across the U.S. to Patrick Henry, Virginia, and left there on Sept. 25,1944, on a French Merchant Marine ship...arriving at Naples, Italy 14 days later. Our menu, while on the ship going across, was boiled eggs and beans each day.  We were immediately loaded on a slow train to Foggia, Italy. Traveling through wine country with orchards so plentiful, sometimes we would jump off the train and pick some grapes, then jump back on. When we arrived at Foggia about October 9th, 1944, was assigned our tent and fed, we then began to get acquainted with our new surroundings. Our bombing missions began pretty quick. We were never assigned a permanent plane. It seems that we just got whatever plane that was ready. Sometimes, we would have to change planes because the one assigned would be red lined (grounded). I'll never forget our first mission.

We encountered pretty heavy flak (88 mm gunshots fired from the ground), and when we landed back at Foggia, most of us jumped out and started counting little places where we were hit. I think there were 57. We never bothered anymore about looking.

After flying 19 missions of which several were double sorties, we began to get kinda flak happy (nerves). Our pilot, Chuck, arranged for us to go to the "Isle of Capri" for one week. It was the most beautiful place I ever did see -- except home!
On our first mission after returning to Foggia, which was our 20th mission, we got a direct hit on December 11, 1944, over Vienna, Austria. Our lead plane's controls were shot out and beyond his control, leading us right back over the target after we had already released our bombs. At this point the gun batteries on the ground had determined our range. Being in the top turret, I saw the burst of flak coming. One, two, three, and the fourth one got us, killing Chuck, our pilot; injuring Jack, the co-pilot; and injuring the bombardier. No one else was hit. Our plane was very much out of control. Jack was trying hard to bring it around. At the same time, he gave me a hand motion to bail out. I got on the catwalk and looked back; and he motioned me to come back. I got about halfway back to the cockpit and he motioned me again to jump. I didn't know that Chuck had been killed at this time. I looked back at Jack again and he motioned for me to jump, which I did. Jack changed his mind again and no one else bailed out. He turned on the automatic pilot and gained control of the plane, which he couldn't do manually. We only had one engine operating properly. One engine was running away, one was feathered, and one was on fire. How long it was on fire, I don't know. How far they flew before they had to jump, while high enough, is just a guess. They caught up with me about five days later at Dulag Luft in Frankford, Germany. In the meantime, I was in the dark. I had no idea what had happened to them.

They informed me that on completion of everyone leaving the plane, it was set to circle and plunge into the ground. Chuck, our pilot, went down with the plane. As I said, our plane was hit on Dec. 11th, 1944, and the 725th squadron was notified that our plane had been hit and the plane had left formation and lost altitude. Only one parachute was seen leaving the plane.

My parents were notified on Christmas Eve day that I was missing in action. A telegram was delivered to my parents' home. My sister, Nadine, went over to a small town nearby, Kewanee, Missouri, where my dad was working on the roof of the Methodist Church, to let him know. My mother had her hands full trying to calm my dad during this time. He took the news so hard that he was having a lot of trouble handling it. She was having to be strong for him, even with all her heart ache.

When I landed on the ground, I was greeted by 15 or 20 people I supposed were slave laborers. They acted extremely nice, and one offered me an American cigarette; but very shortly, four German soldiers, spread out, came toward me. The people around me disappeared very quickly. I was instructed to pick up my chute. We got into a convertible sedan and they began trying to find out what to do with me. Not understanding German, I had to guess about a lot of things. They took me to a brick school house where they had an office. They made several phone calls trying to decide what to do with me, "heiling" Hitler on the phone.
At sundown, two officers and a soldier ordered me to follow them. One officer, I assumed, was a doctor.  We marched down the street and approached a high wall with many scars or peck marks, appeared to be rifle marks; and I thought they were going to execute me. I considered running, but knew if I did, they would certainly shoot me, so I kept walking and waiting, expecting them to stop at any time; but we got to a street corner and turned. I was quite relieved. Finally, they put me upstairs in a room next to a patrol unit of about 8 or 10 soldiers. I had a bunk with a little straw in it. They brought me a round loaf of German bread, and gave me a knife with about a 4" blade to cut my bread with and a bowl of soup. I only ate 2 or 3 bites. I just didn't have an appetite. They changed the guards while I had this meal and didn't ask for the knife back. I hid the knife on the bunk above me, thinking maybe I might get a chance to escape that night. After considering my treatment, thus far, I thought maybe they had planted the knife on purpose to have an excuse to execute me, so I decided to turn the knife over to the guard. He was quite surprised. I didn't sleep much that night because he marched up and down beside my bed, clicking his heels each time he'd turn around. They were always "heiling" Hitler whenever they met anyone.
The next day, they put me on a 1 1/2 ton truck half loaded with tires and about 6 soldiers; delivered me to a confinement in Vienna that had 18 American airmen who'd been shot down the same day as I had. They had very little to do with me at first, thinking I might be a German planted among them. The next day, being December 13, 1944, we were put on a flatbed 1 1/2 ton truck, instructed to keep our head down, stay quiet and still. I understood "why", right away. People along the way would throw things at us, spit at us and, I assume, saying bad things to us. Arriving at a train station, our guards had us to get in a corner, and they kept their backs to us, facing the public to make them leave us alone. Very soon, we were put on a train into two private rooms with one guard in each room. We had no water or food; and needless to say, we got very hungry and thirsty.
Where we went to, I have no idea. When we would get to a town, we would have to unload, walk across town, load onto another train and proceed, I think, to an interrogation center. I was put into solitary and brought out at times for questioning at any time of night or day. They threatened to stand me in the snow barefoot, turn me over to the Gestapo or the SS if I didn't cooperate with them and tell them answers to their questions.

Name, rank, and serial number is all I ever gave, which was by regulations, all I was supposed to say. The questioning went on for about two days. Our next stop was Dulag Luft at Frankfurt, Germany, where all of my crew were reunited, with the exception of Jack and Trimmer, who were sent to a hospital somewhere for treatment. I was assigned to a room and upon my entrance, the first person I met was John Payne of Memphis, Tennessee, (a personal friend I last saw in Memphis before entering service). We spent the rest of our time together while in prison, and we still stay in contact.
Dulag Luft in Frankfurt was a pool where prisoners were sent out to different permanent camps. I had been there 3 or 4 days when someone said they were gathering up a group to go to an officers' P.O.W. camp; and that enlisted men could go. It was rumored that they had movies, swimming pools, etc., which we didn't believe, but my crew figured it would be better than here; so we signed up to go. Right away, we were loaded into a prison car so full of P.O.W.'s that we had to stand closely. I don't remember how many days we were on the trip, but as we went to Berlin there was an air raid. The guards left us locked in and they went to the air raid shelters. Thankfully, we were not bombed in that area. We were so crowded , it was a miserable trip." 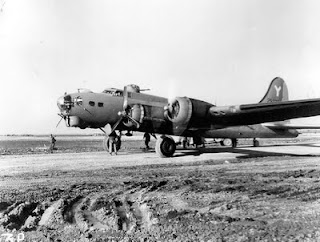 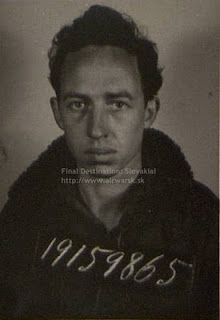 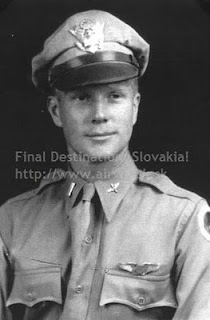 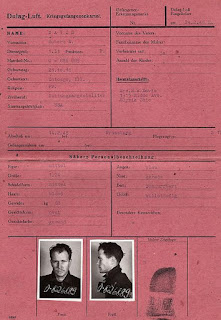 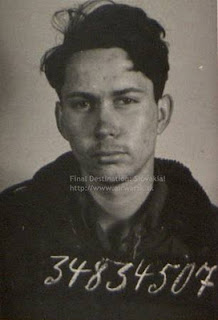 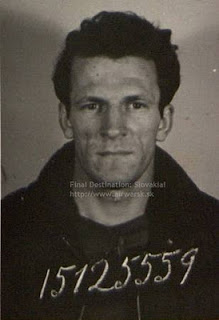 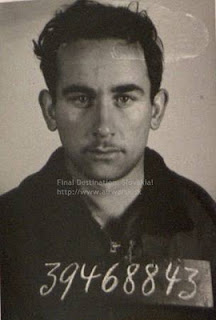